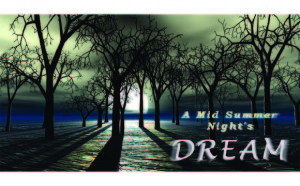 Ticket information: newbernballet.com/tickets – will be up and running this weekend

Description: In Shakespeare’s most enchanting story of magic and mishaps, “the course of true love never did run smooth.”  New Bern Ballet Company presents A Midsummer Night’s Dream, a topsy-turvy romantic comedy in which bewildered lovers and feuding fairies are mixed and matched by the mischievous sprite, Puck.  Chaos ensues and the confusion mounts as the New Bern Ballet dancers delight the audience with lively choreography in this captivating ballet filled with fairy dust.

As our story begins, Theseus, Duke of Athens, is preparing to marry Hippolyta, Queen of the Amazons.  Hermia’s father is demanding that she marry Demetrius, but she is in love with Lysander and refuses to comply.  Her friend Helena is in love with Demetrius and determined to win him back.  In the forest filled with sprites, pixies and fairies, Tatania, the Fairy Queen, and Oberon, King of the Fairies, are quarreling over a changeling child.  Puck weaves a tangled web of love after using his magic potions on the wrong couples.  Under his spells, the characters dance in relentless pursuit of each other, until Oberon demands that Puck sort out the confusion.  Puck finally assembles the couples in the correct order, and the ballet concludes with a joyous wedding celebration.