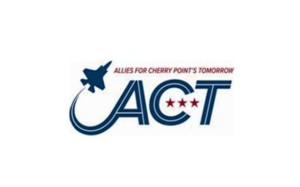 Washington, DC: North Carolina’s US Senators Richard M. Burr and Thom Tillis urged the Chairs and Ranking Members of the Senate Armed Services and Defense Appropriations Committees to purchase 93 F-35 fighter aircraft during the 2018-2019 federal fiscal year. This request, made in an April 11 letter to the Senate appropriators, would add 16 Joint Strike Fighters to next year’s budget. Senator Tillis is chairman of the Senate Armed Services Committee’s Personnel Subcommittee. Senator Burr is chairman of the Senate Select Committee on Intelligence.

Senators Burr and Tillis joined with 23 of their fellow Senators to urge that funding be increased as part of a cost savings and production effort to ensure that an optimal production rate of 80 F-35As, 24 F-35Bs and 24 F-35Cs is achieved as quickly as possible.  Individual unit costs have come down 60% over the past 11 years, with the goal of a $79 million aircraft by 2020.

“We are pleased to work in close concert with Senators Burr and Tillis and their very capable staffs on this important funding effort,” said ACT President Will Lewis.  “Both Senators have a completely open-door policy with ACT and our community leaders on all things Cherry Point.  It is also important to remind ourselves that cutting costs by increasing production is a means to an end to ensure that Cherry Point and FRC-East will remain a national military asset.”

Cherry Point is the largest Marine Corps Air Station in the world, and the planned assignment of 94 F-35B fighters to the station by the mid-2020s will mean that Cherry Point will be home to the largest deployment of Joint Strike Fighters in the Marine Corps.